The Christmas Fair was inaugurated in Sibiu, which by far exceeds the others of the past years. It is a fair that competes with those in Germany, Austria or Switzerland without any exaggeration. The German atmosphere of Christmas is now found in Transylvania right in our own country. congratulations to the organizers.

The Bucharest policy has disastrous results, so that the most efficient government of Romania was dismissed by motion of the Parliament. For Transylvania this situation should be the most worrying signal for the future, even 100 years after its joining in Romania. For many, Romania has become an insecure place, for Transylvania and Banat this […]

Anyone who wants to make money with paypal can create an account and implement banners on their sites. The platform will be permanently improved. The terminal interface is wordpress and the operative is a php conjugated adserver.

The US administration, namely Donald Trump’s presidential decree, imposed $ 7.5 billion worth of customs duties on goods from EU countries. The measure mainly affects Spain, Germany, France, Romania and the United Kingdom. According to the US Department of Foreign Trade (USTR), these taxes came into effect on Friday, at 00:01 (4:01 GMT). EU officials […] 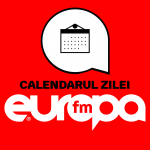 (c)2019 Leontiuc
error: Content is protected !! contact leontiucmarius@gmail.com
%d blogeri au apreciat:
We use cookies to ensure that we give you the best experience on our website. If you continue to use this site we will assume that you are happy with it. Acest site foloseşte cookies ale terţilor destinate să îmbunătăţească experienţa dumneavoastră. Trebuie să acceptaţi cookies-urile noastre şi politica de confidenţialitate precum şi depunerea cookies-urilor terţilor pentru a beneficia din plin de site-ul nostru web.Ok